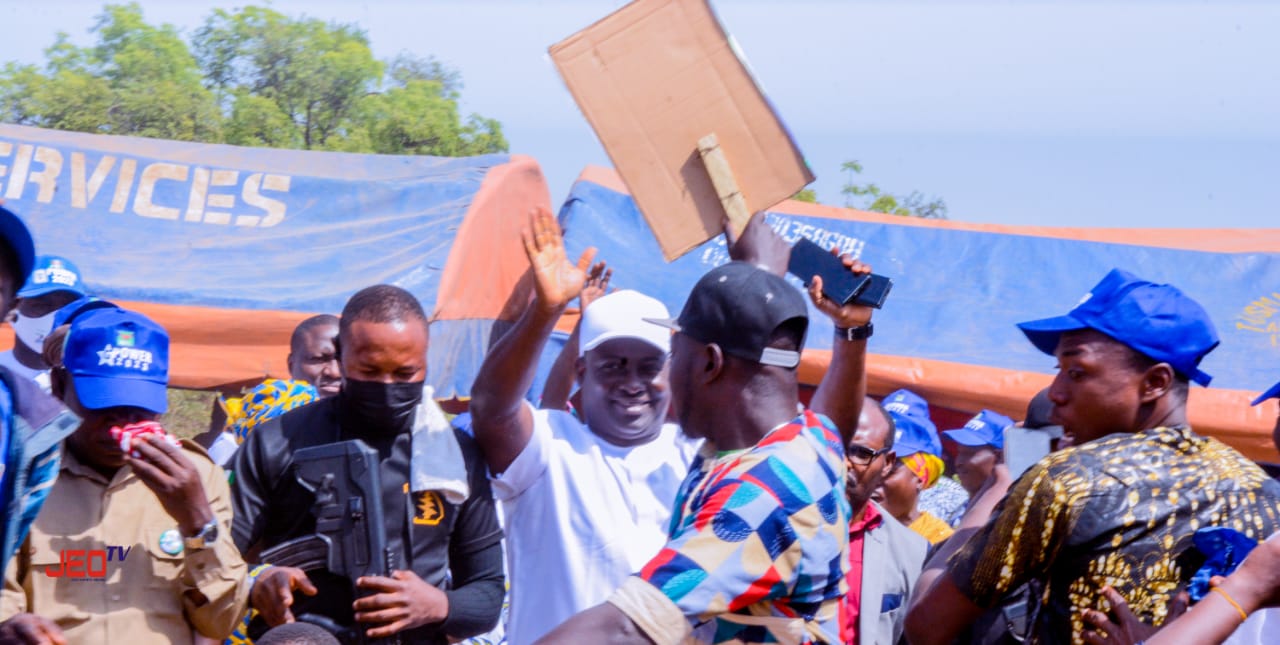 Ahead of the forthcoming General Elections, Nigerians have been advised to vote for people that can perform excellently not parties.

Candidate of the African Democratic Party, ADC, for Ifelodun, Offa and Oyun Federal Constituency, Honourable Gbenga Oyekunle Power stated this during the flaggoff of his electioneering campaign in Igbaja, Kwara State.

Honourable Gbenga Power explained that voting for party without knowing the candidate for such party might hinder development, however giving mandate to a worthy candidate would bring succor to the people.

The ADC candidate for Ifelodun, Offa and Oyun Federal Constituency assured that he would focus attention on provisions of good roads, stable power supply and drinkable water for the three local government areas.

Gbenga Power who called on people from Ifelodun Local Government to emulate the gesture of Offa and Oyun supporters by endorsing him as their sole candidate for future emancipation, maintained that there has been no House of Representatives member from Ifelodun for over Fifteen years.

In a remark, an elder statesman, Professor J.O Lawal while appreciating Gbenga Power for all his developmental projects in the community, urged people from Ifelodun, Offa and Oyun Local Government Area to vote for him come February 25th 2023.

Similarly, ADC Chairman in Offa Local Government, Sharafadeen Adegoke called on Ifelodun people to judiciously use the opportunity of Gbenga Power as a wonderful candidate from their area by going out enmass to vote for him, in order to enjoy dividends of democracy.

There were goodwill messages from Yusuf Abdulazeez from Oyun, Hajia Mariam Saka, Ajegunle ward3 Igbaja, Mr Bolare, Shaare among others.