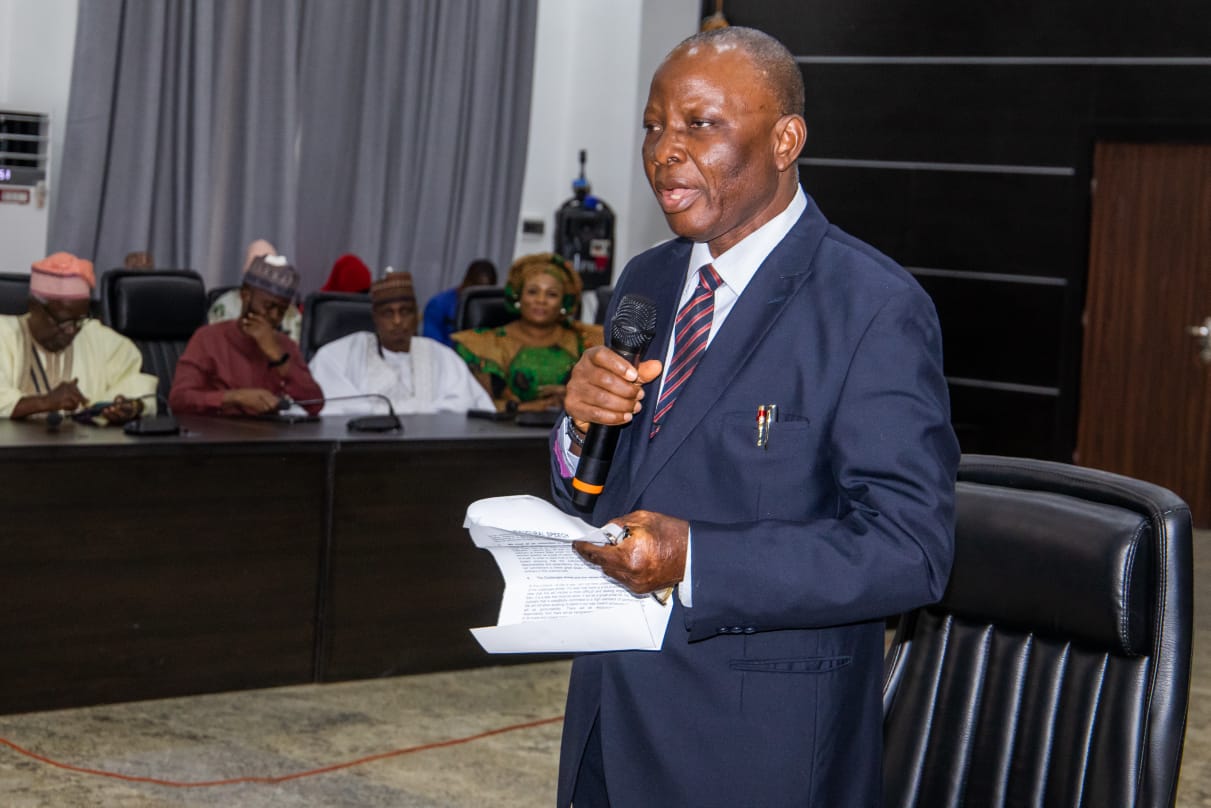 The development reaffirmed the administration’s absolute respect for separation of powers and rule of law, the Governor said.

“It is on record that this government has since assumption of office in 2019 shown absolute respect for separation of powers and rule of law. It is in this regard that the most senior Judge on the High Court bench is being sworn-in today to fill the vacant office of the Chief Judge of Kwara State. This is in compliance with Section 271(4) of the 1999 Constitution (as t),” AbdulRazaq said at the event held at the council chamber of Government House Ilorin,” he said.

“It’s a thing of joy for us in Kwara State that there is a harmonious relationship between the three arms of government. The peace this has engendered is a reaffirmation that Kwara State is indeed a State of Harmony,” the governor said.

AbdulRazaq expressed confidence in the ability of Justice Adebara to deliver on the huge roles before him.

“I am delighted that Hon. Justice Abiodun Ayodele Adebara is assuming office at this time. It is a period when fairness, forthrightness, and overriding public interest, qualities which he and his predecessors are renowned for, define a judicial officer,” he said.

“As you assume office today as the acting Chief Judge, your Lordship will inherit a long-standing legacy of a state judiciary that is highly regarded in the country and beyond.”

Attorney-General and Commissioner for Justice Barrister Senior Ibrahim Sulyman, for his part, said: “We are gathered here today to witness the constitutional duty of Executive Governor of Kwara State as enjoins by the provision of section 271 subsection 4 of the 1999 constitution of the Federal Republic of Nigeria which vested His Excellency with the power to appoint the most senior judge of the High Court to act in the capacity of the Chief Judge of the state.

“It will be recalled that the former Chief Judge of Kwara State Hon Justice S.D Kawu, OFR retired on the 4th January, 2023, after almost 40 years of public service.”

Justice Adebara, in his address, assured the governor and the people of the state that the judiciary under his leadership will strive to retain its pre-eminent position as a seat of justice for all, without fear or favour, affection or ill-will.

“It is clear that there is a lot of work to do. It is also clear that this will involve a most difficult and tasking engagement. But, it is a task that must be done. It will be a great pride for me to lead a judiciary that is steadfastly committed to a high standard of performance. We will not allow anything to stand in our way towards achieving this. There will be accountability. There will be responsibility, collective responsibility,” he said.

“I want to thank His Excellency AbdulRahman AbdulRazaq, a great and excellent performer, who has made giant strides in infrastructural development of Kwara, including the judiciary. In this regard, I will simply say here, E ku ise. Thank you for the great confidence reposed in me by this appointment.”

LET’S BEG THESE TERRORISTS NOT TO KIDNAP OUR PRESIDENT

Corps Members Cautioned Against Negative Use Of Social Media