MY WOMAN OF THE YEAR: POWERFUL BUT NOT POWER-DRUNK 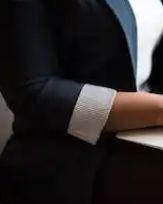 Many people, if not most, are not comfortable with women wielding powers in the position of authority. This could be due to the fact that patriarchalism is deeply rooted in our cultures and politics. In most part of the world, politics is androcentric. In other words, politics mostly revolves around men and focuses on men as actors in the political arena. Women are also believed to abuse power while in office because power gets them intoxicated and corrupts them irredeemably. Again, women, generally speaking, are seen as domesticated humans to operate and remain within the domestic sphere. Also, religion, in most cases, is used to justify why women should be apolitical—especially in the public domain.

I do not intend, in this article, to argue for or against some of this commonly held beliefs about women in relation to power (I can do that if I wished). What I intend to do is to celebrate a woman whom I consider my woman of the year. She uncommonly spoke the uncomfortable truth which is naturally loathed by those in power. Those in power hate to be criticized for any wrong—no matter how grievous—but like to be praised even when it is very clear to them that they do not deserve it. This woman, whom I chose to be my woman of the year, did not speak the truth because she is out of government like some of us, and not because she is affected by the fantastic corruption going on in the government circle. Rather, she spoke the truth despite being in government with free access to free and sweatless money.

She does what a patriotic citizen and a responsible leader should be proud of doing. She is Hon. Fatoumatta Touma Njie—a Gambia politician and parliamentarian—who pleaded passionately with her colleagues on the ground of The Gambian National Assembly to oppose increment in lawmakers’ salaries in a viral video. If you had not watched the video, it is worth watching. Here is the link.

Just like the viral video which is worth watching, what she said in the video is also worth quoting—I cannot paraphrase it. She said, “I think that our government does not love this country. They do not have the feeling to nurture our children in this country…we should consider the life and livelihood of our children. We should be investing in education, we should be investing in health, rather than paying ourselves; feeding ourselves out of the poor people of this country.” This implies that any government who does not invest in health and education does not love the citizens. If you think I exaggerated when I wrote recently that “this regime [Nigerian present government] is misanthropic to the core—it incredulously and disappointedly hates the people who brought it to power,” then have a rethink.

Reacting to the senseless attempt to increase the lawmakers’ salaries, she said; “I feel ashamed to call myself an honorable member. I gave myself for service. I did not give myself for poor people to feed me and my family. When I saw this, (i.e. the disgusting budgetary provision for lawmakers’ salaries increment) I felt embarrassed. I did not want to come to this budget session because I said to myself there is no need—because we are just sharing the cake in our pocket, going home feeding ourselves.”

As if she had not hit the point, she continues “Even if I go to the Constitution, it says that; we shouldn’t deliberately enrich ourselves. And increasing our salaries is deliberately enriching ourselves and that is an embarrassment. I think as a National Assembly, we should not accept any salary increment.” As she was making her submission, I was just thinking of the owners of Nigeria who did not only deliberately enrich themselves but also established a master-slave relationship between themselves and the masses—who were born free. These masses voted them into their various elective positions.

This woman continues, “Not only that, but to see the responsibility allowance, residential allowance…and all those for the representatives of the people. It is embarrassing, for me to go back to my poor constituency and tell them that the meagre resources of this country—I’m paid that much at your expense. I took an oath to serve and to give back to my society—not to enrich myself.”

When a fellow member of hers shouted ‘observation’ in an attempt to interrupt her, she retorted: “I am not allowing you to observe me, I don’t have that time. When you are on your own feet observe yourself.” Are our leaders in Nigeria really observing themselves? If they do, it will not be difficult for them to realize how wicked and unfeeling they are to the sufferings of the masses.

This is a Gambian female law maker who is, in her own right, powerful but does not allow her self to be intoxicated by her position. Here is a spouse to the current Nigerian President who arrogates crude power to herself and ordered a kidnap of a citizen who accused her of feeding fat on the resources of the masses. You can argue, having Nigerian first lady in mind, that women are very arrogant, wicked, and merciless when they have access to power. I will argue, having Hon. Fatoumatta Touma Njie in mind, that women could be very sympathetic, caring, patriotic, and generous while in the position of authority.

The wife of our President is indeed power-hungry and power-drunk; though she is constitutionally powerless. By the way, who is she? You can find many definitions (descriptions of her) on social media. In Her husband’s definition, you may wish to dispute it anyway, she belongs to the kitchen and the Other Room. But in the eyes of the law, she is just like any woman on the street. If any of her rights is trampled upon, she can seek redress in the Court like any other citizen.

And what is even special in being a first lady? Anyone automatically becomes a first lady provided a president of a country falls in lover with her and marries her. You do not need to be sane, intelligent, beautiful, or educated to be one. One can be insane, dull, very ugly, stark illiterate, and yet be a first lady. So what is special about being a first lady? While Fatoumatta Touma Njie is a heroine and my woman of the year, Nigerian first lady is my villainess of the year. Let’s learn how not to be power-drunk.