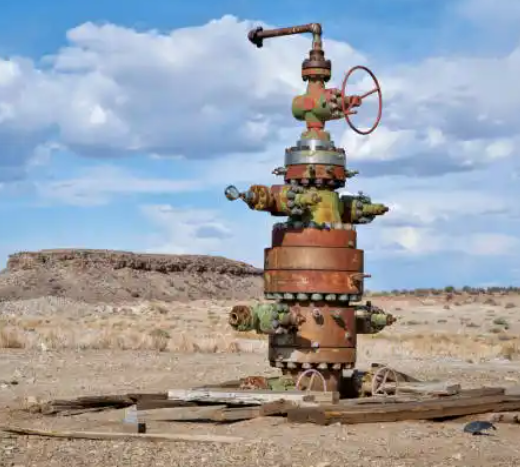 By Abdulkadir Salaudeen
It was jubilation everywhere in the north when the first oil well was drilled few days ago. That, of course, should be expected. Nigeria, though naturally a multi-sectoral economy, had been reduced to mono-cultural economy due to over reliance on the devil excrement (oil) on the one hand, and visionlessness of its ruling class on the other hand. Oil is what reduces Nigeria to, and defines it as, a rental state and it is particularly found in the South. Thus, there has always been this allegation of parasitic North which parasitically and habitually feasts on the Southern devil excrement. Now that the North has been fed to its fill and the devil is able to excrete through its anus, the previous allegation would be laid to rest to face new challenges.

Yes! Discovery of oil in the north will definitely come with some challenges. Just as it is not always rosy in the South, there should be a limit to jubilation in the North even though there is need to jubilate. But why is oil discovery in the North reported as northern success story? Shouldn’t it be a thing of joy to the entire country? Part of the answer has been answered above. In addition, patriotism—even if we argue that some Nigerians are patriotic—is expressed in the narrowest sense in Nigeria. When an average Nigerian claims to be patriotic, such patriotism is an unalloyed loyalty to their ethnic enclave. Nothing more!
It is difficult, nay, very difficult, to find a Nigerian who sees progress in other geo-political regions of the country—to which they are not natal—as a progress to gyrate over in joy. This is the reality, though ugly one. Success of one region should be success for all. This is the ideal. This said, congratulation to President Buhari! Congratulation to the North!! Congratulation to Nigeria!!!

Will this discovery be a boon to be utilized by savvy leaders or a bane to be exacerbated by the goons? This calls for serious concern and should give serious headache. Only those who are equipped with the reality of history and could see through that lens can understand and act appropriately. This is why the jubilation should be a cautious one. Will this discovery jeopardize agriculture in the North? How ready are we to face the challenge of environmental degradation, hazard, and pollution? What about the politics of ownership? This has started already between the two States—Bauchi and Gombe.

There is a brewing clash among the two lovers of the new brides (Kolmani oil wells) located on the borderline between Bauchi and Gombe. Accusing fingers have been allegedly pointed to President Buhari, by some indigenes of Gombe State, for plans to cede the Kolmani oil wells to Bauchi instead of Gombe. We can only hope this is curtailed before it balloons out of proportion. Is it not enough that the oils are located in the North? What is the difference between Bauchi and Gombe?

It was the former Venezuelan Oil Minister and OPEC co-founder, Perez Alfonzo, who named oil “the devil’s excrement” when he predicted in the 1970s that oil will bring us ruin. Alfonzo was not entirely right nor was he entirely wrong. Nevertheless, as Alfonzo predicted, Nigeria seems not to have benefitted from its oil. Will this new discovery be a game changer? Only time can tell. While we await the verdict of time with optimism, it is a duty upon northern politicians, emirs, traditional leaders, opinion leaders, the ulema (especially those in Bauchi and Gombe) to ensure that the tussle of ownership of the oil wells is wisely addressed and amicably resolved. A replica of Niger Delta militias in the North at this delicate time, due to oil, must be avoided.

A new dimension to oil discovery in the North is northern presidency. The opinion that presidency should remain in the North in 2023 is becoming preponderant even among the northerners who hitherto considerably justified power shift to the South. This, it is argued, will ensure the continuity of the oil drilling project which is at its infant stage. It is feared that southern presidency might look the other way—all in the name of politics (South versus North). This new political permutation causes the pendulum to swing towards Atiku. It is not that he is the only northern presidential candidate, but he is one of the three most prominent presidential candidates in Nigeria and the most prominent in the North. Not only that, Alhaji Atiku Abubakar—the septuagenarian Wazirin Adamawa—is from the geo-political region that houses the new oil wells.

But how plausible is the argument that northern presidency in 2023 will protect northern interest(s)? We may wish to re-visit history to test the validity of the argument. Any truth seeker should ask the Yorubans in the South West what they benefitted from an eight year Obasanjo’s Presidency. When we are done with that, we may wish to visit the South South to see how former President Goodluck Jonathan transformed the region to a foremost tourist center in Nigeria after solving all the environmental issues. If we are too lazy to go back to history because History, as a subject, is not taught in our basic schools, we can make quick reference to our present workaholic president. He is from the North, how has he benefitted the North and what has the North benefitted from him?

Don’t get me wrong. I am not saying Atiku cannot or will not benefit the North and midwife the ultimate success of the oil drilling project which obviously needs continuity. What I am saying is that his northernness should not be the only yardstick. Also, predicting the winner of 2023 presidential election is very dicey. If analysts could predict winners of the various contested positions in the forthcoming general elections, it might be difficult to do for the presidential. For it is very unpredictable; or so I think.

Our appeal, however, is that whoever emerges president at the end of the day should play politics of development (not of ethnicity) with the new oil discovery in the North. Now that Kolmani has become what it is, it is high time some of us relocated to Bauchi and Gombe. Though I am from Kwara State, it is possible my ancestors migrated from the borderline between Bauchi and Gombe. But because History is dead in Nigeria, I would have interrogated it if I belong to Kolmani. Nigeria shall progress.