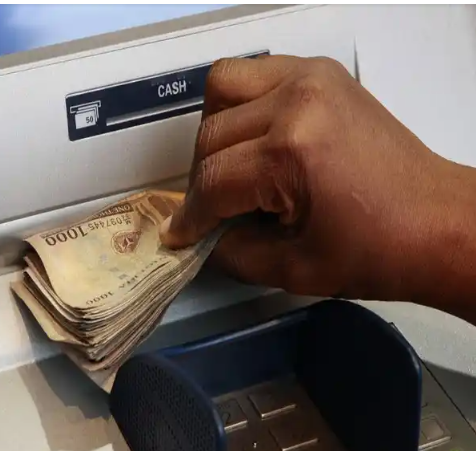 We are living in a hard time. Income is dwindling day in day out. Inflation was said to be biting hard. It has gone beyond biting; it is mercilessly eating the little flesh left on us. Investors are running away as investments hardly yield. Businesses are shut down. Companies are becoming moribund. Industries are colonized by reptiles. Farmers are crying over the prohibitive cost of fertilizers. Some are paying heavy tax to bandits just to secure their lives and property in a country where security has become an illusion. Flood is also raging; it does not leave us alone. Foreigners are mining our resources (unhindered) as if they owned them. Nigerians who could not bear the hardship anymore are japa(ing) in droves. Those who stay behind are struggling to survive as if treading a tight rope between life and death.

Nigerian has become a ‘reality show’ of suffering to the rest of the world who cares to watch. It is a perfect example of a country that is neck-dipped in poverty especially now that its poverty has been formally acknowledged to be a multi-dimensional one. This isn’t new to the poor masses. Multi-dimensional poverty had since become part and parcel of their existence. They are hopeless; and so impoverished as if they had signed an oath of cooperation with poverty. Many have resigned to fate not because they are intrinsically fatalistic but because there seems to be no glimmer of hope. The government has made its povertization project known to the public in a very explicit term.

Embargo has been officially placed on employment. Graduates are encouraged to roam the streets or, at best, go to farm in an ungoverned space at the mercy of bandits. If you are lucky to have a bank account with some liquid in it, limitation is again placed on how much you can withdraw from your bank. You suffer to earn. So, you must also suffer to access and spend your money. This is the language. The Central Bank of Nigeria’s cash withdrawal limits is essentially anti-poor. It is also anti-illiterate—considering the rural dwellers who are more of illiterate than literate. Let’s not forget that there are urban illiterates also in large number. In most cases, they are not illiterate because they chose to be illiterate but because Nigerian Governments have, over the decades, launched an ‘offensive war’ against mass education. The present regime has been the most offensive in waging that war.

Cashless policy is not new to Nigerians nor is it new in Nigeria. The radical return it is about to take is what the masses are kicking against. It is obviously characterized by many challenges more than its bandied advantages. Its advantages had been enjoyed more than a decade ago by those who have what it takes to go cashless. Rather than force it on the masses in an obey-before-complain manner, government should incentivize the unbanked population to see reason in banking. This can only be achieved by huge investment in education—which is on the verge of total collapse—and digital infrastructure.

What is even more callous is the jobs this policy, if implemented as it is, is about to kill. One of the achievements of this government which it is proud of is the embargo it placed on employment. Will the government also be proud of killing some of the few surviving jobs after plunging more than half of its population into poverty? I will not be surprised anyway. Nigerians are enjoying some financial facilities through the services rendered by the POS agents across the country. Not only that, about 1.4 million Nigerians are said to eke out living from rendering this financial service. This is not to talk of their dependents. This policy will practically drives this category of financial service providers (POS agents) into the abyss of despondency.

A POS agent can only make over the counter (OTC) withdrawal of N100, 000 per day. This basically kills the thriving business because an agent only has N100, 000 as his or her capital to provide financial service daily. So how much would they realize per day on this meager capital? What about the hitches we experience in making online transfer due to bad network? How many times have people resorted to ATM or POS agents to pay for goods and services due to network which is disappointedly poor? These alternatives are no alternatives anymore with this new cash withdrawal limits.

The daily N20, 000 withdrawal will add to the woes of the masses who live in areas with no presence of banks or ATM. It is not uncommon to see people in some localities travelling for miles to access an ATM or POS agent. How will they access an ATM only to withdraw a maximum of N20, 000, after a long journey, when they need to withdraw far much more than that? Is it the stress that is not enough or the prohibitive cost of transportation or the traumatic thought that they will have to travel far again—many times—to withdraw same amount? We can conclude that those obstinately pushing for this policy are not in touch with reality. If they are in touch with these realities, it means there is a hidden agenda. If there isn’t any hidden agenda, then it is a sheer wickedness and a display of diseased hatred for the poor.

Not only that many POS agents will be pushed out of business, charges on the service they provide will be very exorbitant for the few to remain in business. In the final analysis, the poor bear the brunt. Though it is not a sin to be poor in the sight of our Creator; it is evidently a crime to be poor in the sight of the “owners of Nigeria”. Poverty has been criminalized and the poor must pay for the crime of poverty. There is God!

One of the arguments puts forward by the government is that the cash withdrawal limits will help fight inflation! This is apparently against both sound and unsound reason. Some posit that it is to deny politicians access to fund for their campaign activities towards the upcoming elections. While this could be true, it is still problematic for many reasons. I will mention just one. A renowned bullion vanner played a significant role with the help of his bullion vans prior to the 2019 general elections to ensure the continuity of the ruling party. This, in part, gives him a sense of entitlement. Now that he is contesting to be Nigerian next president, it will be unjust to deploy this cash withdrawal policy against him and other politicians. I hope the National Assembly will prevail to put a stop to this policy or help fine tune it to make some sense. We no go gree!

—all in an attempt to make the society go cashless. Nigeria, a cashless society? When many, if not most, of its population are unbanked? Where is the digital infrastructure to facilitate the cashless drive?