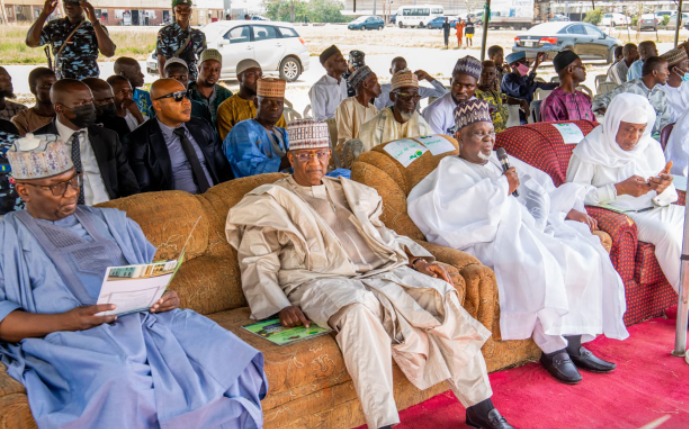 AbdulRazaq arrived at the venue of the event at the open field of Ilorin township stadium when the programme has not even started.

The arrival of the governor caught the organisers unaware as it elicited outpouring of accolades from the crowd that gathered to witness the annual event.

The anchor of the programme, Imam AbdulMumin Afodun, who quickly announced the commencement of the programme was emphatic that Governor AbdulRazaq is the first sitting governor to physically grace the Qur’an recitation competition events for two years consecutively.

A former Grand Khadi of Kwara State, Justice Abdullahi Idris Haroon who offered the opening prayer spent the better part of the time allocated to him praying for the governor.

“For your simplicity and physical presence at Islamic functions, we are happy with you and ask Allah to grant your prayers.”

For his part, the chairman of the event, Alh Shehu AbdulGafar who acknowledged the fact that AbdulRazaq is the first sitting governor to attend the Qur’an recitation competition event said:” We asked Allah who the governor always dedicated his actions and endeavour to, to grant him sound health, prosperity and answer his prayers.

“Although, we have Muslim governors in the past non of them ever attended this Quran competition event”