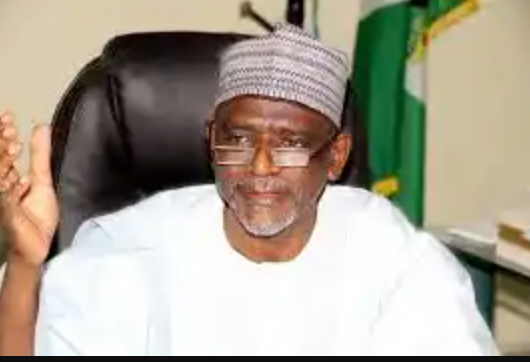 One of the nicest legacies of APC led government, aside the multidimensional poverty and suffering, would be the recent hike in the school fee to be paid by Nigerian students. “Education” as the saying goes “is the best legacy.” But standard education comes with a cost. Previous governments, in a display of responsibility, had been shouldering the cost before the emergence of All Progressives Congress (APC). The APC government is unable to pretend to be responsible. It has attempted, several times, to make university education the exclusive right of those who can pay for it; not those who can, but through their nose.
An average parent who is determined to have their wards educated may struggle to send their wards to university against all odds. That is to say, tertiary education in Nigeria has never been absolutely free; students or parents still have to pay. Honestly, it has been seriously subsidized by previous governments which pretended to be responsible; and that is why tuition fee is not paid. Even at that, average parents would need to pay through their nose.

Now that the noses of these average parents are bleeding with this new school fee regime, and they cannot pay through their ailing nose any more, where do we go? What is the way out? Regrettably, I asked the question, but I don’t have the answer. Anyway, APC government gives an answer. It calls it student loan through, maybe, what it calls Education Bank.

But going through the provision of the Students Loan Bill, one is convinced that it isn’t meant for the poor. Barely two months ago, in my article titled “Students Loan Bill: Understand it Before You Conclude It Is Good For You”, I concluded that “Once the Bill is passed into law, students should be ready to pay a prohibitively scaring and exorbitantly excruciating school fee.” One does need any esoteric knowledge to make such prediction. What one needs is to understand the body language of APC government which is adamant to pull down all edifices of education which might benefit the poor.

Get it right, the Bill has not been passed. The hike in fees for which students are already protesting is not the real hike. For, tuition fee has not yet been introduced. What we are seeing now are just hikes is some ‘token’ auxiliary charges; though almost 200% in some universities. Others are warming up. It was the Federal University of Health Sciences, Azare in Bauchi State which, to the best of my knowledge, blazed the trail. It issued a memo to the effect that first year students in some departments would pay over N300, 000. To be specific, N331, 000 to N351, 000; that depends on one’s course of study. Many did not believe it then; for, it is too fantastic to believe. But not believing a reality does not change the reality of the reality.

To clear the doubt of every doubting Thomas, the Federal University Dutse (FUD) followed suit in a quick succession. Then others! Then others!! A foot note here: FUD did not only increase its school fee, its bed space fee (not a room) for anyone who wishes to reside in hostel is a no go area for an average student (economically speaking). Other universities, yet to increase their fees, are seriously warming up. What we are seeing is just in anticipation of the real tuition fee. Hopefully, or should I say probably, when the Students Loan Bill is passed, tuition fee will be introduced. Nigerian students! Una never see anything yet!

No one should blame these universities for the increase in school fees. They do not have option. Since the government is determined to kill these universities and starve them of funds, the only alternative left is to resort to self help in form of Internally Generated Revenue (IGR). This, hopefully, will keep the universities—which are already in the Intensive Care Unit (ICU)— temporarily alive. For, going by the body language of APC government, only the introduction of tuition fee can bring the universities back to life permanently.
Also, we should not forget that this calamity (fee hike) that has just befallen Nigerian students and their parents is what the Academic Staff Union of Universities (ASUU) has been battling and sacrificing to prevent. Unfortunately, however, only few understand and, few of the few, appreciate their struggle. Now that the calamity has fallen on our shoulders like an avalanche, can we really bear it?

Of course, it is very difficult to bear. It personally did not come to me as a surprise when the Federal University Dutse came up with the idea of subsidizing fee for children of university workers. It is very glaring that university professors, with this new fee regime, might not be able to fend for the education of their wards in the universities where they teach. Very Sad! Many less ranked university staff cannot just risk educating their children at the university level. Should university professors accept this subsidy for their wards, it means their children will be beneficiaries of affirmative action. This could mean future disgrace. Yet, we cannot blame a university for mooting such an idea.

This is what the APC government turned our intellectuals to. After insisting that a professor must go home with a slavish pro rata wage, a means is now being devised on how to pretend to help such professor with subsidy. We are not fools. Pay a befitting salary and forget about subsidizing school fee for university workers. The APC government has indeed impoverished and pulverized virtually every civil servant. That the academics are the worst hit is very obvious.

Anyway, I just collected my PVC. I am glad. At least, I will be able to vote. How I wish my vote alone determine who wins the upcoming presidential election. Of course, APC is gone. But painfully, and this I must admit, my vote is a miniscule vote in millions of votes. And because Nigerians are funny people, the parting gifts of APC government which range from general insecurity, multidimensional poverty, and whooping hike in school fee might end up endearing the party to Nigerians. I just hope we can use our PVCs rightly.

Adieu to public funded university education in Nigeria!
Eiyaah! Nigerian students!
Sadly, I am one of you!
Eiyaah! Abdulkadir (myself)!