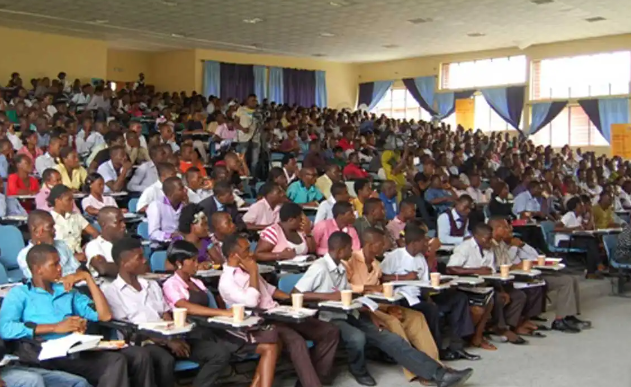 The two chambers of the National Assembly passed the Students Loan Bill on Wednesday. This, as argued, will enable students in public higher institutions of learning to gain access to financial assistance. Students loan might be new in Nigeria but it is not new in other climes. Now that the Students Loan Bill is awaiting executive approval for final passage into law, how do we react to it? We can only groan. But would the groaning be in pain or with pleasure? Only time will tell. But before the time comes, let’s scrutinize the Bill.

The full title of the Bill reads: “A Bill for an Act to Provide Easy Access to Higher Education for Nigerians through Interest Free Loans from Nigerian Education Bank Established in this Act with a View to Provide Education for All Nigerians and Related Matters.” The title is, no doubt, laudable and palatable. What makes it more laudable is the fact that it is an interest free loan. Also, it sounds altruistic. But are the provisions in the Bill also laudable and altruistic? This is the point.
If you belong to the school of thought which holds that this government is incapable of doing anything to benefit Nigerian masses (especially students), you do not need much tutorials to see the traps in the Bill.

However, if you are carried away by the title and think the Bill is all that is needed at this point in time, you need some help. The wool and the blinder which might have blurred you sight need to be removed. If that is done, you might come to realize, at the end, that the loan is actually not meant for you. And if you insist it is for you, all I can say is: good luck.

First and foremost, loans are reasonably sought for investments, businesses, activities, or endeavors that are apparently profitable. And anyone who opts for a loan is confident of his ability to pay back. The first question any intelligent student should ask themselves is: “Is education a profitable investment in Nigeria?” “Are there job opportunities after graduation?” The answers are simply No and No. It is miraculous to get job with degree certificate in Nigeria under this present regime. That is why, nowadays, when a Nigerian graduate gets a job, he shouts on top of his voice: “I don’t believe it”, “I don’t believe it”, “Thank you God.” Anyone he breaks the good news to will correspondingly respond by saying: “Don’t tell me!” “Stop this joke!” “Do you really mean it?”

Perhaps, we are not conscious of the true meanings of these expressions. They are indeed expressions of utter disbelief. Thus, the expressions—of the beneficiary of a new job and the one he breaks the news to—justify the fact that it takes miracle (a special divine intervention) to get job under the regime of our ‘dear’ president who always wants to be praised for works ‘well done.’ If you are not convinced of this ugly and discomforting reality due to some primitive sentiments you still battling with, at least you should believe the President himself. He has said it, more than once, that the Federal Government has no job vacancies. He added recently that anyone who is hungry should go to farm. He emphasized that education should be for the sake of education—not to get job. That is, if you chose to go to school, you are on your own. I will be surprised if the President signs the Students Loan Bill into law. Oh! Rather, I won’t be surprised since everything is normal under this regime; for I wonder how a graduate who could not secure a job will repay a loan.

Let’s turn to the specifics of the Bill. One of the requirements for loan eligibility is that applicant income or family income must be less than N500, 000 per annum. In other words, anyone or family whose monthly income is more than N42, 000 per month is automatically disqualified. If this is not ridiculous, what is it? The ‘owners’ of Nigeria always think they are doing us favor for the peanuts they force us to earn as salaries. The enactor(s) of this Bill think(s) any family who earns N42, 000 is rich enough to be exempted from financial facility. What a pity! Which disaster could be more than this? In the eyes and estimation of those we elected to lead us, you are supposedly rich if the government could pay you N42, 000 per month. Now I understand why the ‘owners’ of Nigeria find it difficult to increase the salaries of university teachers. It is unreasonable to them! To Nigerian Government, lecturers are earning too much and impoverished civil servants are also too rich!

In addition, applicant must provide at least two guarantors: each of the guarantors must be a civil servant of not less than level 12; or a lawyer with at least 10 (ten) years post-call experience; a judicial officer or a Justice of Peace. Who will be willing to stand as guarantors for this kind of loan? Already, 133 million Nigerians (63 per cent) are suffering from poverty according to National Bureau of Statistics NBS. Get it right, what is referred to as poverty is not just a one-sided one; it is a multidimensional poverty. Or if you like, poverty on all fronts.

Therefore, to think it is wise for students to opt for student loan and provide guarantors with this present ugly reality and bleak future is, honestly, an abuse of thought. If you think it is ridiculous for a government that promised to lift 100 million of her citizens out of poverty only to inflict them with more of poverty, then it is even more ridiculous to think student loan to access higher education is good under a regime that has declared war against employment and youth empowerment. The success of that war is the reason why our president always thinks he should be praised.

Let’s just hope that before the Bill actually gets the executive approval, the rough edges of some of its provisions in its first reading are smoothened to make sense. Mind you, once the Bill is passed into law, students should be ready to pay a prohibitively scaring and exorbitantly excruciating school fee. I have left some details which are not in anyway advantageous to students. For instance, failure to pay the loan when due could attract two years imprisonement or a fine of N500, 000. So, understand the Bill before you conclude it is good for you.