GODWIN EMEFIELE: BETWEEN THE DSS AND THE LOGIC OF THE COURT 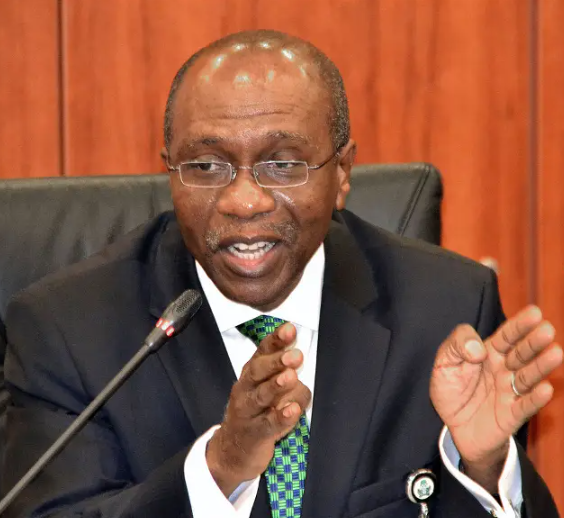 The Central Bank of Nigeria (CBN) seems to be a government on its own. That is to say a government in government. Though there are many governments in this government; that explains why there are always discordant voices. Best dancers—anywhere in the world—would find it difficult to make rhythmic steps to showcase their dancing expertise to the different cacophonies of the Nigerian Government’s music. Only mad dancers can relate to, and understand, the current government’s musicality. Everything looks topsy-turvy. It has never been this bad. Everybody is disappointed.

The government itself is disappointed in itself and with itself. The wife of the president, as if she is a government’s official spokeswoman, recently apologized to Nigerians for the superlative hardships the government of her husband daily subjected us to. This, she did, apparently on behalf of her husband. In a discordant reaction, the husband (our president) re-asserted that he has done his best and he should be praised. As if to say: “Who tasked you to speak on my behalf?” “Who tasked you with spokeswomanship?”
The above is meant to foreground the topsy-turvyness of this regime which is about to expire. We are all eager to see it expired. Even the president is eager to go home and take some rest. This said, the focus of this article is the Governor of CBN. The Governor is the first to spend two terms in office since Nigeria’s return to democracy. The longevity of his tenure should have earned him many credits. And truly, he is the first governor who, against all norms, joined the presidential race and asked the Court to declare him eligible to contest without resignation.

He, within a twinkle of an eye, redesigned the naira (Nigerian currency) with the strange claim of fighting inflation. One needs to be awarded a doctorate degree of Economics from the netherworld to understand how naira repainting (I mean redesigning) curbs inflation. That could be Emefielian Theory of inflation. But is the naira actually redesigned? Many posit that it was re-painted. I have not seen it to confirm because the notes are scarce. Even the CBN does not know the number of currency it printed.

We were also told that the re-designed naira note was targeted at curbing counterfeit currency in circulation. I am not very sure which of the notes—original or counterfeit—was released first. But I am sure there are reports that we should beware of fake new N1, 000 notes in circulation. Can we just conclude that Emefiele redesigned the naira to curb old counterfeit currency in order to release the new counterfeited ones? I am confused! Is this not running in circle? Though the government thinks we are so gullible to think it is running (working).

The new currency regime would have unleashed another multidimensional forms of hardship on Nigerians with its cold policy of withdrawal limits. But thanks to all those who protested against it through their advocacy and outspokenness; others did so through their writings. The withdrawal limits have been fine tuned, at least, to make some sense—not absolute sense anyway.

This same governor is at the center of the controversial 89 trillion stamp duty. He features again in financing terrorism—an allegation by the DSS. But the DSS was hamstrung by the Court to effect his arrest. The Court reasoned that permission of Emefiele’s boss (ostensibly President Buhari) must be sought before arrest warrant can be granted. It also said Godwin Emefiele appears in the SSS’ application without his status (i.e. Governor of the Central Bank). The Court also argued that if the Godwin Emefiele is the Governor of CBN, then he is a high-ranking public official who occupies a sensitive position as one of the key drivers of the nation’s economy. Hmm!

If you think there is a separation of power in democracy, make sure you don’t have Nigeria in mind for you may never understand it in practice. In reaction to all these, Nigerian netizens are now judges as if to say Nigerian judges are on vacation. Some judged that Emefiele is a confirmed thief but doubt his linkage to terrorism. Others said some “bullion vaners” may be working tirelessly to give him a bad name because he has rendered useless their stolen money meant to rig election. Some opined that if what honorable Gudaji Kazaure revealed, especially at the Brekete Family Show is anything to go by, then Emefiele should be in prison by now. This is serious! Some said Nigeria is completely irredeemable except with the intervention of the Supreme God. On this, I am compelled, even if reluctantly, to totally agree.

A good friend of mine always argues that Nigeria’s problem is spiritual. That is, the country is bewitched. This argument is interesting and I would have fallen for it. But my major question is: why are our political rulers stupendously rich, add more weight and prefer to die in the position of power once they get there? A bewitched village that is full of demons will be immediately abandoned. People will, of course, run for their lives. This isn’t the case with Aso Villa and other get-rich-quick positions in Nigeria. People vie to get there and prefer to die there.

Back to Emefiele, the DSS and the Court. Why should the DSS needs the Court to arrest Emefiele? Could this probably be the law? If that is the law, did the Court grant the DSS permission to arrest (some said kidnap) the student who allegedly insulted the wife of our president? What about many other arrests? The Court also demands the President’s permission to arrest someone that is allegedly financing terrorism. This sounds ridiculous. More ridiculous was the protest staged by some so-called Nigerians against the intended arrest of Emefiele; not even the arrest. I understand Emefiele is said to be the most powerful person in Buhari’s Nigeria. I also learnt he can make anyone a billionaire within a day.

Let’s assume Emefiele has some dogs which he feeds day and night, I strongly believe those dogs, considering the magnitude of the allegations make against their benefactor, will not protest over his arrest. Surprisingly some Nigerians protested in support of Emefiele. There must be something fishy. We remain onlookers as things unfold. We were even made to understand by the Court that Emefiele is “too big” to be arrested because of the important position he occupies. Going by the Court’s logic, the Nigerian economy will definitely collapse without Emefiele.

What of his invitation by the lawmakers? He may choose to, or not to, attend. He is that powerful. What comes to mind of every student of politics is separation of power when lawmakers invite any functionaries of the executive arm of government? But this is Nigeria; you better open and shine your eyes. Theory is different from practice. Many believe that provided Emefiele has the support of his boss (the President), the sky is his limit. And all the noises shall soon subside.