Morocco Has Reached Semi Final But Nigeria Can Do Better If.. 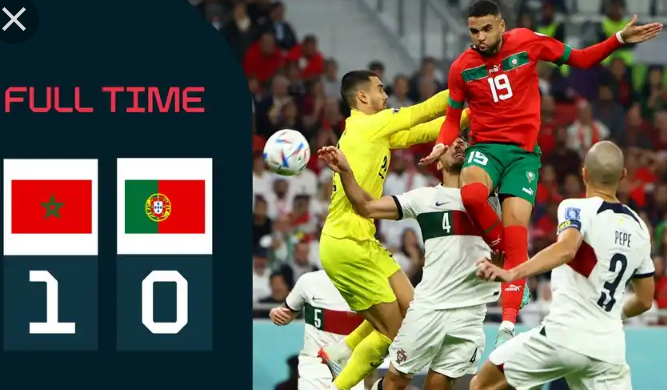 Morocco Has Reached Semi Final But Nigeria Can Do Better If..

Morocco attacker Yusuf En-Nesyri put the only remaining African team at the world cup ahead at the 42 min of the game and the only scored goal after 90 minutes plus 8 minutes added time.

Moroccon manage to maintain the only goal despite down to ten men after the refree send W. Cheddira Off after two yellow cards at 91 and 93 Minutes of the game.

With this, Morocco has made history as the only African country to reach world cup semi final.

They will now face who ever wins between England and France.

It’s now clear that the Portuguese star Cristiano Ronaldo’s dream of winning world cup will not see the light of the day as he leaves the pitch in tears on his last appearance ever in the World Cup.

Meanwhile, sports enthusiast has advised NFF to learn from Morocco and desist from politicizing the country’s football machineries.

A Retired Director at the National Sports Council, Isa Garkuwa said Nigeria can also achieve what Morocco has achieved in the world cup if right people are put in the right place, noting that Nigeria has enough qualified footballers and managers to steer her to greater height in international football even like the world cup.

However, greed and selfish interest had been the major obstacle to the country’s success in recent times.